Exposure to firewood fumes from indoor cooking is associated with an increased risk of developing chronic cough among females living with HIV, according to new research published in ERJ Open Research.

The study aimed to investigate the relationship between exposures to household air pollution from cooking fuel types (firewood versus charcoal) and chronic respiratory symptoms in 734 participants from the Uganda AIDS Rural Treatment Outcomes Study.

Participants were enrolled at the time of antiretroviral therapy initiation and seen quarterly from 2005 to 2014 for health-focused questionnaires, CD4 count and HIV viral load. At the time of study enrolment, 70% of participants were female, the median age was 34 years, median CD4 count was 167, 23% had ever smoked, and 58% reported firewood as the primary cooking fuel.

The authors suggest this disparity might be because cooking is typically performed by women in the region, and also propose that the increased chronic cough risk among those using firewood versus charcoal may be related to airborne endotoxin inhalation.

The authors note that self-reporting of cooking fuel type and respiratory symptoms present possible limitations to the study, as it leaves this data open to misclassification. 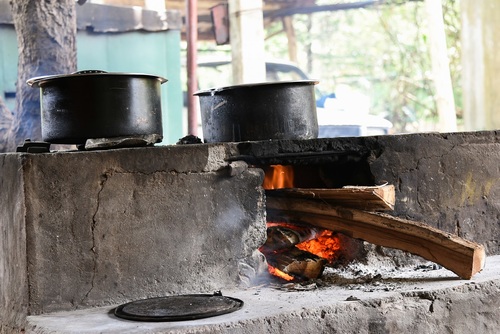