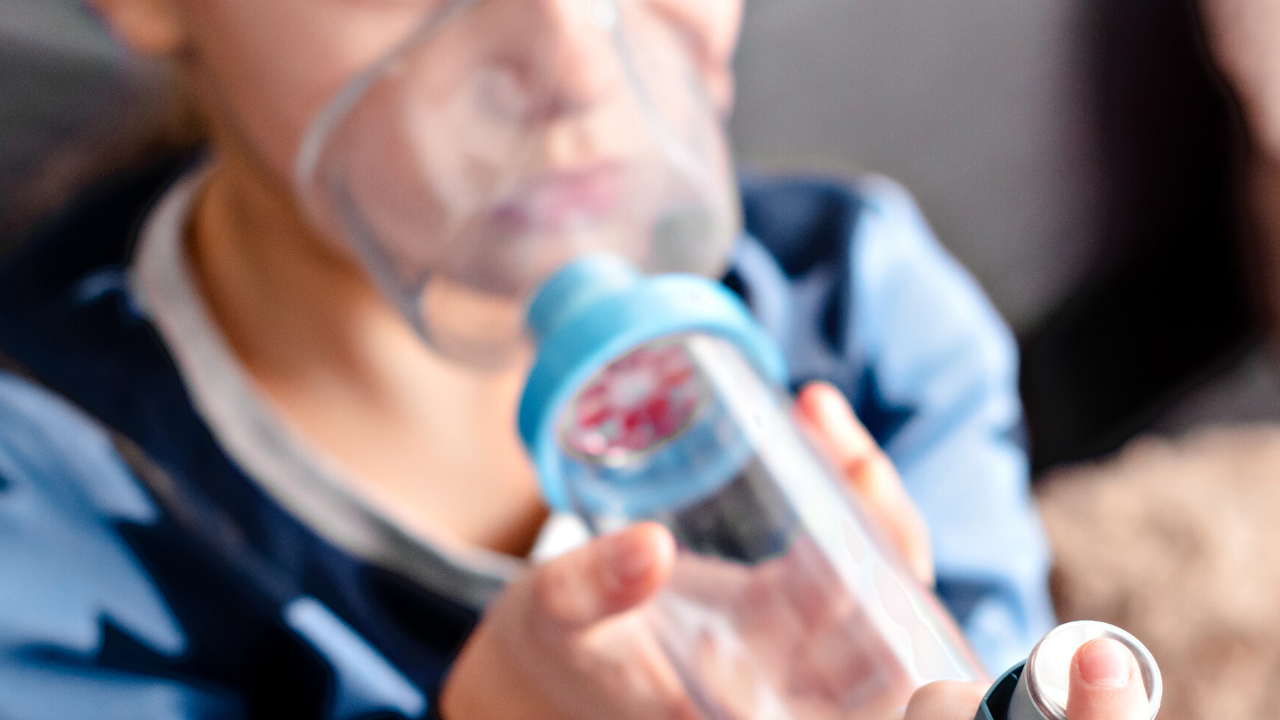 Asthmatic children are less likely to respond to inhaled steroid medication if they are overweight or obese, and this leads to more frequent asthma attacks, according to research presented at the ‘virtual’ ERS International Congress [1] today (8 September, 2021).

The international study is the first to use information on genetic variants linked to body mass index (BMI) to investigate if a poor response to inhaled corticosteroids (ICS) is likely to be due to excess weight or to other factors, such as living in neighbourhoods with poor air quality or being exposed to cigarette smoke.

Dr Cristina Longo, who was a postdoctoral fellow at Amsterdam University Medical Center (The Netherlands) when she carried out the research, and who is now an assistant professor at the University of Montreal, Quebec, Canada, said: “We know that children with asthma, whose symptoms are poorly controlled, tend to gain weight. This is possibly because they exercise less. Children with asthma who are overweight or obese are more likely to have worse symptoms despite being on the recommended treatment of inhaled corticosteroids, making it not only challenging to achieve a healthy weight but also to improve their quality of life.

“Treatment guidelines recommend steroids for children with asthma who have a higher-than-normal BMI. Our research group felt that the one-size fits-all approach to treating children with asthma with inhaled steroids as their first-line treatment, particularly those with excess weight, warrants revision. At the very least, research identifying potential alternative treatments should be encouraged and prioritised, especially since 30% of children with asthma are also obese. With the childhood obesity epidemic rising, we expect this percentage to increase meaning this problem of poor control will be seen more frequently in routine clinical practice.”

Dr Longo and colleagues used data on 1511 children with asthma, aged between two and 16, from five studies [2]. All the children were using ICS and a poor response was defined as one or more asthma attacks requiring urgent medical care and/or a course of oral corticosteroids.

The researchers obtained information on the child’s age and sex, asthma diagnosis, asthma characteristics (e.g. medication and recent exacerbations), BMI, allergies, exposure to harmful environmental triggers like smoking, and genetic variants linked to BMI status that were identified from DNA extracted from blood, saliva, or nasal swabs samples. They developed a ‘risk score’, where the more BMI-related genetic variants a child had, the higher their score.

Dr Longo used the predicted BMI z-scores to evaluate differences between the children in how they responded to ICS – an approach known as ‘Mendelian randomisation’. If there were more asthma attacks in children with a high BMI z-score (i.e. they had more genetic variants relating to susceptibility to higher BMI z-score and they were overweight or obese) than in children with a low BMI z-score, it meant that this was most likely to be due to their BMI rather than other external or environmental factors.

“These results suggest that clinicians need to take a more personalised approach to treating overweight and obese children. Paediatricians and asthma specialists need to be aware that children with higher BMI could be taking ICS without any benefit. However, whether alternative treatments, like biologicals, are more effective in this subgroup of children remains to be investigated.

“For children and their parents, our results shed light on the reasons why some children may not be responding to their steroid inhaler as expected, especially if they are having more frequent asthma attacks than expected after starting this therapy. Our results might also be the catalyst that parents and their children need to modify their diet and increase exercise. This might improve the child’s BMI status and their response to inhaled steroids.”

Limitations of the study include the fact that in four of the five studies, data were collected at one point in time and so the researchers could not always confirm which came first: the ICS treatment or the asthma attack. In addition, while many of the children included in the studies were treated for some time prior to determining whether they met the criteria for poor ICS response, there may have been some that began ICS treatment due to the fact that they had a previous exacerbation.

In a related presentation to the meeting [3], Dr Longo investigated whether genetic variants previously shown to be associated with poor ICS response were more common in obese versus non-obese children with asthma.

“We found that a particular variant in the NEGR1 gene was significantly more common in obese versus non-obese children. This variant has been implicated in dysfunction of a hormone called leptin that regulates feelings of hunger. This could suggest that leptin dysfunction could be a potential culprit for poor ICS response in children with obesity-related asthma,” she said.

Chris Brightling, who was not involved in the research, is Chair of the European Respiratory Society Science Council and Professor of Respiratory Medicine at the University of Leicester, UK. He said: “This is very good and fascinating research with findings that are important and novel. It sheds light on the complex interplay between genes, weight, and response to inhaled corticosteroids, underscoring the need to combine drug treatments with lifestyle and diet modifications. Policymakers, healthcare providers and families need to do much more to tackle the growing obesity epidemic in young people.”

View the abstracts in the online programme:

[1] Abstract no: OA4221 “An international Mendelian Randomization study of BMI and ICS response in children”, by Cristina Longo et al; Presented in session, “Pearls in asthma and respiratory burden research” at 09:30-11:00 CEST on Wednesday 8 September 2021. [https://k4.ersnet.org/prod/v2/Front/Program/Session?e=262&session=13596]

[2] The studies are: Pharmacogenetics of Asthma medication in Children: Medication with Anti-inflammatory effects (PACMAN) study in The Netherlands, 2009-2012, Pediatric Asthma Gene Environment Study (PAGES) in Scotland, 2008-2011, Hartford–Puerto Rico (HPR) study in the US, 2009-2010, Clinical Asthma Research Association (CLARA) childhood asthma study in Germany, 2009-2014, and the Avon Longitudinal Study of Parents and Children (ALSPAC) in England, 1991-1992.