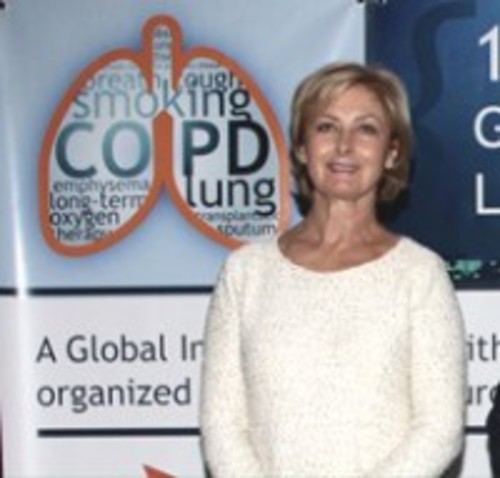 COPD, chronic obstructive pulmonary disease, is one of the most prevalent chronic diseases. In fact, given the figures presented it can now be considered one of the leading public health problems. The EPI-SCAN study by the Spanish Society of Pneumology and Thoracic Surgery (SEPAR) estimates that more than 2 million people between 40 and 80 years of age suffer from COPD in Spain. This disease affects 10.2% of the adult population and unfortunately an annual average of 18,000 deaths is recorded.

COPD accounts for 40% of pneumology consultations in Spain and its diagnosis, management and treatment accounts for 2% of Spanish healthcare costs, a percentage that translates to about 3,000 million euros. And despite the figures that this lung disease produces, it is a silent and unknown pathology. Silent because we have below 70% diagnosis in Spain and unknown because, as indicated by the CONOCEPOC study, only 17% of the population directly knows the term COPD. Without a doubt, herein lies the disproportion between the magnitude of the problem that we as health professionals involved in its approach detect and the low impact on public opinion.

Most patients do not know that COPD is a degenerative and highly disabling disease with no cure. And the main culprit is tobacco. The Spanish COPD Guide, led by SEPAR, affirms this in its definition. In addition, until recently, COPD had a classic patient profile: male, smoker and over 65. However, the disease has become feminized coinciding with its development in women who started smoking in the 70's and now have reached young adulthood.

Consequently, we know that a high percentage of COPD is preventable simply by not smoking or quitting smoking. Therefore, there is only one way to slow the progression of the disease and its high mortality: eliminate the use of tobacco and promote anti-tobacco treatments with active policies by pulmonologists and public administrations. This is due to the fact that the alarming figures we are observing now are the result of habits that began twenty or twenty-five years ago.

At SEPAR we have been working with commitment and clear objectives to address this situation for years. Therefore we considered it appropriate to dedicate a SEPAR year to COPD and tobacco. A year that we presented in a breakfast briefing on 7 October and that will take place between the last quarter of 2015 and throughout 2016 with three objectives: to devote additional efforts to investigate and train professionals in respiratory health to reduce underdiagnosis and educate and inform citizens about COPD and highlighting the close relationship between tobacco and COPD to reduce the consumption of tobacco. Celebrating this 2015/2016 Year of SEPAR and dedicating it to COPD and tobacco is an investment for the future.

A bet on the future for our youth. We take responsibility for raising awareness of tobacco, which is an addictive drug. People should know. We must tell them and repeat it until they know, until they believe it and listen to us. Young Spanish people try cigarettes at the age of 13. They are children that are still attending secondary school.

A commitment to all those people who smoke, to convince them to go to their doctor, because if they want, we can help them to quit. A key effort has to do with COPD patients who still smoke. They, more than anyone, must be helped because if we do not speak of the future, we speak of this disease. We talk about how their life depends on leaving tobacco.

A commitment to the future is the early diagnosis of COPD. Without a doubt, if we build public awareness that COPD exists, we would achieve a diagnose of 73% of the population.Studies tell us that this many people have COPD and do not know it. This could be a million and a half Spaniards. With early diagnosis we would also achieve a more effective monitoring of this disease in our patients and offer them a better quality of life.

Our commitment to the future is to work for better public health and that the best care of our patients should guide our steps, which is why we are counting on all the respiratory health professionals in Spain.