Pneumonia-causing bacteria can be spread by nose picking and rubbing

Pneumonia-causing bacteria can be spread through picking and rubbing the nose, according to new research published in the European Respiratory Journal. This study is the first to show that transmission can occur via contact between the nose and the hands after exposure to pneumococcus bacteria.

The researchers say that participants were just as likely to get pneumococcus bacteria in their noses whether they were exposed using wet or dry samples, but the total number of bacteria passed on was higher in the wet groups; the authors suggest this may be because the air-drying process leads to the death of some bacteria.

The tests also showed that the same amount of transmission occurred when the participants poked or picked their nose as when they rubbed their nose with the back of their hand.

Dr Connor said: “It might not be realistic to get children to stop picking, poking and rubbing their noses, and presence of the bacteria can sometimes boost the immune system of children and can reduce their chances of carrying it again later in life, so it is unclear if completely reducing the spread of pneumococcus in children is the best thing.

“But for parents, as this research shows that hands are likely to spread pneumococcus, this may be important when children are in contact with elderly relatives or relatives with reduced immune systems. In these situations, ensuring good hand hygiene and cleaning of toys or surfaces would likely reduce transmission, and reduce the risk of developing pneumococcal infection such as pneumonia.”

The researchers highlight that using real people as part of the study design enabled them to test the survival of pneumococcus and the viability of transmission methods in a safe and controlled way.

Professor Tobias Welte, from Hannover University, Germany, is President of the European Respiratory Society and was not involved in the study. He said: “This pilot study is the first to confirm that pneumococcus bacteria can be spread through direct contact, rather than just through breathing in airborne bacteria.

“For clinicians, the findings reinforce the message that we must promote rigorous hand hygiene and basic infection control measures such as avoidance of sharing food, drink and mobile phones, in order to potentially reduce the transmission of respiratory bacterial pathogens such as pneumococcus. Pneumococcal vaccination is the best method for limiting the spread of S. pneumoniae in to the sinuses and lower airways, but vaccination rates are below 50% for those for whom it is recommended. To improve this is one of the major tasks for healthcare policy.”

The researchers note that the bacteria samples used in the tests were given at a dose which may not represent a real-life scenario, so the results may be treated with caution. They plan to look at how pneumococcus is shed from the nose, and if hand washing reduces the spread from hand to nose. 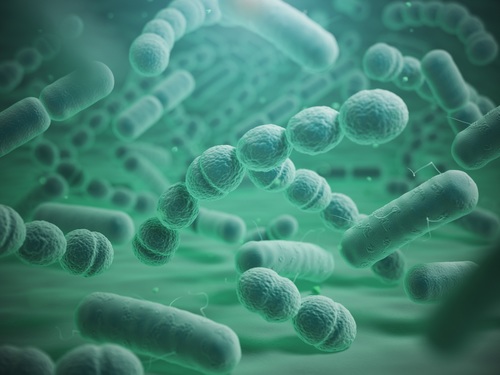