On World No Tobacco Day (31 May, 2016), the European Respiratory Society (ERS) and the European Network for Smoking and Tobacco Prevention (ENSP) encouraged Member States to follow the example set by France, Ireland and the UK and adopt plain packing to tackle the burden of tobacco-related disease.

Tobacco consumption remains the largest avoidable health risk in the European Union (EU) and it is responsible for 700,000 deaths each year.

At an event organised by the European Respiratory Society (ERS) and the European Network for Smoking and Tobacco Prevention (ENSP) at the European Parliament, the benefits of plain packaging were highlighted. Representatives from France, Ireland and the UK received awards for becoming the first countries in Europe to adopt the measure.

The number of smokers in the EU continues to be high; with 26% of the overall population and 25% of young people aged 15-26 using tobacco cigarettes. A number of studies have shown that tobacco industry advertising and promotion are a prominent factor in encouraging tobacco use, especially among young people and women. Plain packaging regulations strip cigarette packs of all branding elements, including colours and logos, and mandate that all cigarette packaging be a standardised colour and display only a brand name in a required font style and format.

The EU Tobacco Products Directive (TPD) specifically allows Member States to introduce plain packaging legislation. In addition, the recent legal battles instituted by the tobacco industry against governments and the EU on plain packaging were unsuccessful.

ERS President Professor Jørgen Vestbo said: “We applaud France, the UK and Ireland for adopting measures to protect all people, but especially children, from tobacco-related diseases. Scientific research and legislation supports European countries to adopt plain packaging, which is an important step towards tackling the deaths and disabilities caused by smoking tobacco products. We would urge all Member States to enforce plain packaging along with a range of other measures, such as smoke-free legislation and increased taxes. Enhancing smoking cessation support is also key to protect our populations from harm caused by tobacco products in the future.”

ENSP President Dr Francisco Lozano commented: “We are 100% convinced of the effectiveness and usefulness of plain packaging to reduce the prevalence of tobacco use, especially amongst the younger generation. We need politicians and authorities to join us in this battle. We have to learn from the countries that are considered pioneers, celebrate their vision and encourage others to follow their lead.” 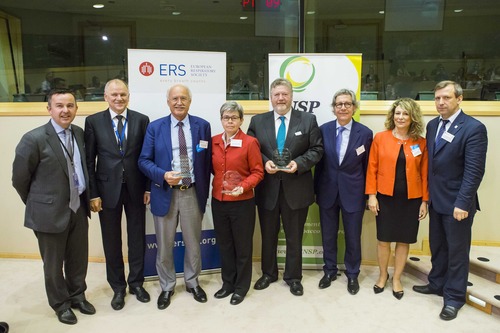