Larger pulmonary artery to aorta ratio (PA:A) is associated with an increased risk of mortality in individuals with chronic obstructive pulmonary disease (COPD), particularly in moderate to severe COPD, according to new research published in the European Respiratory Journal.

Researchers conducted a large prospective population-based cohort study of 2,197 participants, including 222 COPD patients, to investigate whether there was any association between larger PA:A and mortality with a specific focus on individuals with COPD. Participants were followed for a median of 8.8 years, and 423 deaths were reported.

Participants underwent a cardiac CT scan, from wich the aortic and poulmonary arterial diameters were measured and the PA:A ratio calculated.

The data showed an association between an elevated PA:A and increased mortality risk in patients with COPD, but not in the general population. Individuals with severe COPD were found to have a 3-fold increased risk of mortality when comparing the highest quartile of PA:A with the lowest.

The authors conclude that PA:A is an independent determinant of mortality in individuals with moderate to severe COPD, and propose that measuring PA:A in CT scans may yield important prognostic information to help tailor patient management in clinical practice, and identify those at greater risk of mortality.

The paper is published alongside an ERJ editorial, written by Dr Aline Zouk and Dr J. Michael Wells, which contextualises and evaluates the new research and provides further discussion of the findings. 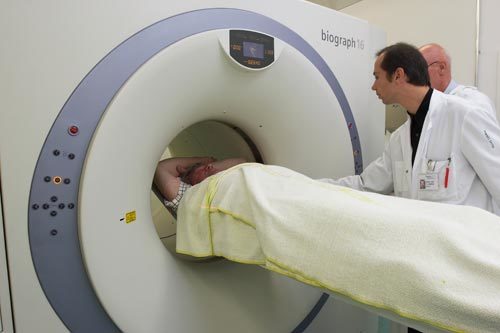