Around a third of all cases of childhood asthma in Europe could be prevented each year if European countries complied with World Health Organization (WHO) limit values for air quality, says new research published in the European Respiratory Journal.

The researchers, based at the Barcelona Institute for Global Health, used census population data from 18 European countries and obtained incidence rates of asthma in children from the Global Burden of Disease study database.

Exposure to the different pollutants was calculated using a harmonised European statistical model (land use regression) based on multiple measurements in Europe.

Analysis of results based on the second scenario suggests that if the 18 countries were able to meet the lowest levels of PM2.5 recorded by previous studies, more than 190,000 annual cases (or 33% of incident cases) could be prevented. The number of new cases that could be avoided per year if the lowest levels of NO2 and black carbon were achieved would be 135,000 (or 23%) and 89,000 (or 15% of all cases), respectively.

David Rojas-Rueda, one of the scientists who led this study at the Barcelona Institute for Global Health, said: “The analysis showed that, while meeting the WHO recommendations for PM2.5 would imply a significant reduction in the percentage of annual childhood asthma cases, that is not the case with NO2, where 0.4% of the cases would be prevented.

“Therefore, our estimations show that the current NO2 WHO air quality guideline value seems to provide much less protection than the PM2.5 guideline. We suggest that these values require update and lowering to be better suited in protecting children's health.”

Find out more about air quality and health 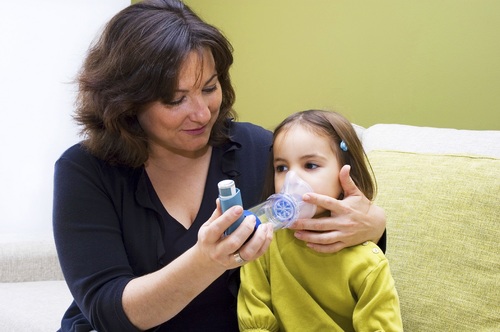