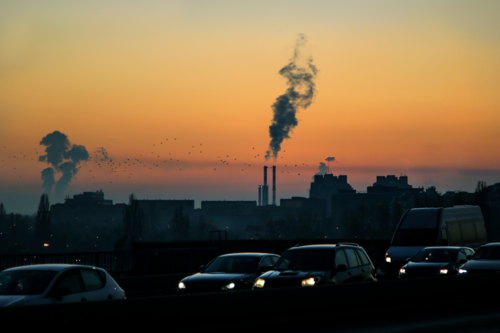 A study published today (20 January, 2021) in Lancet Planetary Health [1] offers important data on the estimated mortality burden attributable to air pollution in more than 1,000 European cities for the first time.

The European Respiratory Society (ERS) Environment and Health Committee would like to highlight the significance of this study; earlier efforts in estimating the burden attributable to air pollution have typically focused on entire countries, but this does not recognise large differences that can exist in different regions and cities within the same country.

The findings show that 51,000 PM2.5 related and 900 NO2 related premature deaths could be prevented each year, respectively, if all the cities analysed achieved the PM2.5 and NO2 levels recommended by the World Health Organization (WHO) in 2005.

Responding to the study, Prof. Zorana Andersen, Chair of the ERS Environment and Health Committee, said: “This study supports the evidence showing that there is no safe exposure threshold below which air pollution is not harmful to human health. It also shows that the current European legislation does not sufficiently protect people’s health, and that the maximum NO2 and PM2.5 levels allowed by law should be revised. We hope that the European Commission will come forward with the most ambitious proposals possible for the revision of the EU Ambient Air Quality Directives, which will be based on the latest cutting-edge science on the health effects of air pollution.

“Furthermore, this study provides, for the first time, detailed data for over 1,000 cities in Europe and may help push forward local efforts by local authorities to implement urban and transport planning policies aimed at reducing air pollution and improving people’s health. It is clear that large health gains could be achieved if cities scale up their efforts to tackle air pollution.

[1] This study was led by the Barcelona Institute for Global Health (ISGlobal), a centre supported by the “La Caixa” Foundation, in collaboration with researchers from the Swiss Tropical and Public Health Institute (Swiss TPH) and Utrecht University. It also includes a ranking of the European cities by mortality burden for each of the two pollutants studied.