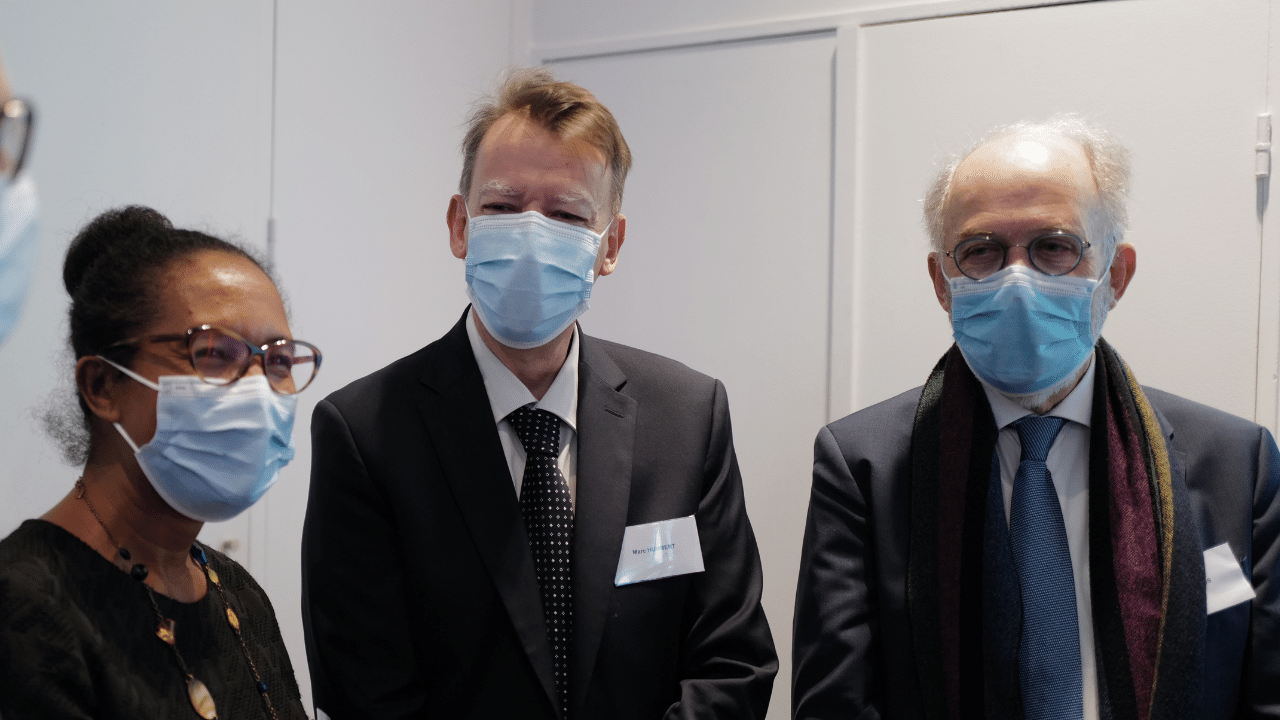 On 8 December, members of the International Respiratory Coalition (IRC) attended the General Assembly of Respiratory Health in France, in support of the country’s efforts to prioritise respiratory health, and with the belief that the model used in the country could be replicated Europe wide, or globally with the support of the IRC.

The event had the support of the President of France, Mr Emmanuel Macron, and aimed to identify how to meet France’s respiratory health needs – deemed a major health, environmental and social challenge. The initiative is led by France’s national respiratory society Société de Pneumologie de Langue Française (SPLF) in collaboration with 24 national organisations, including those for healthcare professionals and patients, that are committed to the fight against respiratory diseases in the country.

Prior to the event, the SPLF carried out a survey, which aimed to identify the status of respiratory health in the country, in terms of the publics’ relationship with or understanding of respiratory health and disease. They found that although half of the population of France suffers from recurrent respiratory problems, only three out of 10 French people consider that they are at high risk of developing a condition. The survey responses indicate that there is a lack of awareness around respiratory disease/health, and that better education/information is needed as a priority.

Secondly, the SPLF asked French citizens to directly propose ideas to improve and promote respiratory health in the country. These responses were the basis of the General Assembly event, which subsequently brought together stakeholders and public decision makers at the highest level to discuss those ideas and identify a national plan of action by 2022 and within the following five years.

Prof. Guy Joos, Chairman of the Steering Committee of the IRC at the European Respiratory Society (ERS), attended the event alongside ERS President Prof. Marc Humbert and noted “The approach of France should be inspiring for other countries. It is certainly an exemplar for the IRC as the Coalition aims to support countries to develop or improve national strategies. France’s approach has several essential factors which the IRC believes are fundamental to the success of national planning – they have multisectoral buy in; they are supported by a significant number of national organisations and by the country’s leaders, and after identifying that lack of public awareness as an issue, they have involved the country’s citizens in the formulation of their plan.”

The IRC was launched in September 2021 by ERS in partnership with founding members, which includes the Global Allergy & Airways Patient Platform and industry partners. It is the goal of the IRC to promote lung health and improve respiratory care by supporting countries to have the tools required to implement a national respiratory strategy based on best practice.

Membership of the IRC is open and organisations that share a commitment to improving respiratory health are invited to join and help progress this initiative. Each partner organisation will support the IRC’s goals in different ways – either by contributing expertise, time or funds as appropriate in each case.