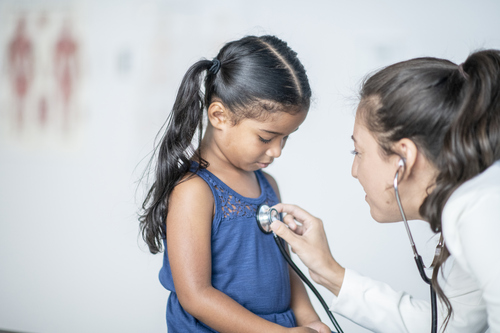 People who had bronchitis at least once before the age of seven are more likely to develop lung problems in later life, according to new research presented at the virtual European Respiratory Society International Congress.

However, the lung diseases they suffer from by the age of 53 were usually asthma and pneumonia rather than chronic bronchitis, said Dr Jennifer Perret, a researcher in the Allergy and Lung Health Unit at the University of Melbourne (Victoria, Australia).

The findings come from the Tasmanian Longitudinal Health Study, which followed 8,583 people who were born in Tasmania in 1961 and started school in 1968. When the participants joined the study as children, the researchers investigated their lung function using a spirometer to measure how much air they could breathe out forcibly in one second and the total volume of air exhaled. Their parents completed a questionnaire that asked whether the children had suffered asthma or bronchitis by the age of seven. Childhood bronchitis was defined as a “loose, rattly or chesty cough”. [2]

The participants were followed up for an average of 46 years. In 2004, 5,729 of the participants responded to a further survey. Between 2012 and 2016, 3,609 participants completed another questionnaire and 2,629 underwent a clinical examination that included spirometry before and after using an asthma reliever inhaler (bronchodilator) to open the airways, in order to assess the difference in lung function.

In the reference group who had parents that did not recall a history of childhood bronchitis, the prevalence of chronic bronchitis in the previous two years or current asthma within the past year by the time the participants reached the average age of 53 was 5% and 8.5% respectively; and the prevalence of ever having pneumonia or asthma diagnosed by a doctor was 14% and 19% respectively.

The data showed that approximately 14 out of every 100 people in the reference group who did not have bronchitis as children were diagnosed with pneumonia by middle age, nine in every 100 suffered from current, chronic asthma, and 19 in every hundred had an asthma diagnosis by middle age.

“However, there were too few people who had protracted recurrent bronchitis as children to estimate confidently the associations for this subgroup. We will investigate whether this and the other associations are still present after excluding people who also had a history of childhood asthma or wheezing,” said Dr Perret.

She continued: “Our findings strengthen the evidence that adult lung disease can originate in early childhood and that childhood bronchitis may adversely affect lung health in middle age. This work does not include data from adolescence and earlier adulthood, which could potentially provide further insights and which we are investigating.

“We have seen already that children with protracted bacterial bronchitis are at increased risk of serious chronic infective lung disease after two to five years, so studies like ours are important to document the potential for symptomatic children to develop lung conditions such as asthma and worse lung function in later life.”

Chris Brightling, who was not involved in the research, is the European Respiratory Society Science Council Chair and is Professor of Respiratory Medicine at the University of Leicester, UK. He said: “This is a well-conducted and long-running study that provides important information on how childhood illness can have long-term consequences. The researchers show that there is an association between suffering bronchitis as a child and a risk of pneumonia and asthma by the age of 53 and that the risk of worse lung health in middle-age increased with increasing severity of childhood bronchitis. These findings may enable doctors to identify patients who may need more careful monitoring and earlier interventions in order to keep them in good health.”