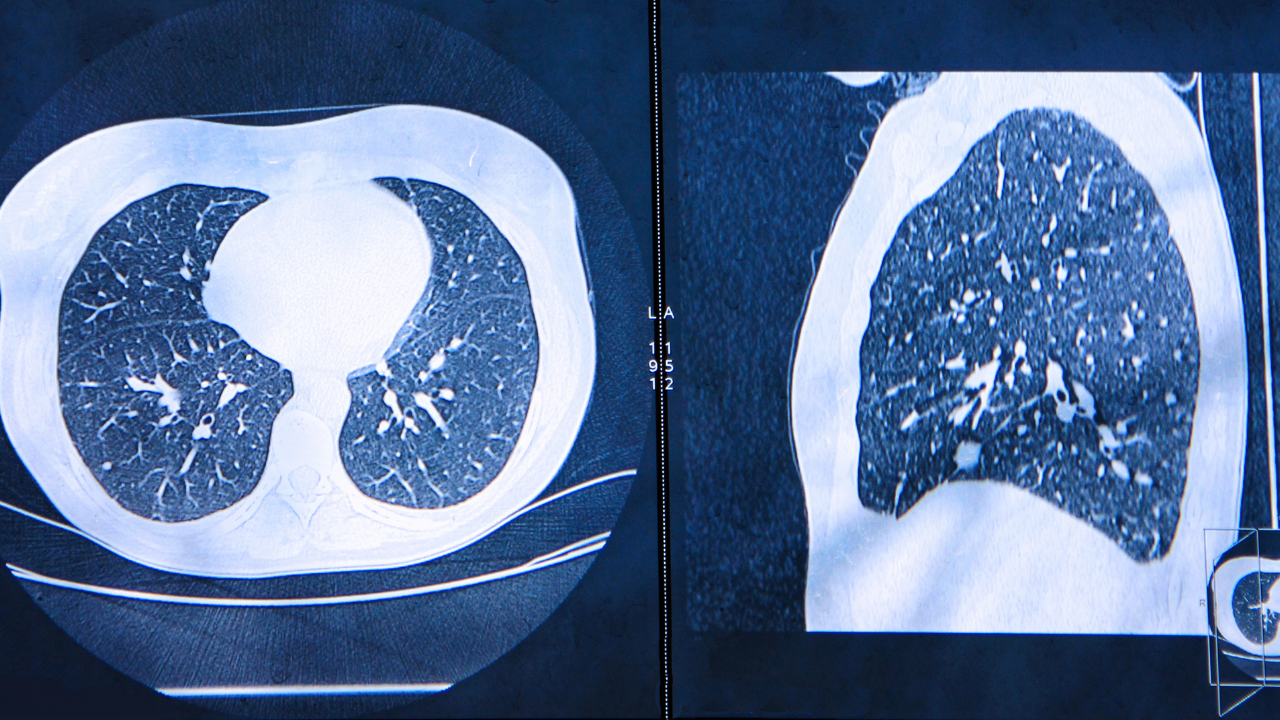 An artificial intelligence (AI) program can spot signs of lung cancer on CT scans a year before they can be diagnosed with existing methods, according to research presented today (8 September, 2021) at the ERS International Congress. [1]

Lung cancer is the most common cause of cancer death with around 1.8 million lives lost around the world each year. Lung cancer is often diagnosed at a late stage when treatment is less likely to succeed.

Computerised tomography or CT scans are already used to spot signs of lung tumours, followed by a biopsy or surgery to confirm whether the tumour is malignant. But each scan involves an expert radiologist examining around 300 images and looking for signs of cancer that can be very small. Trials using CT scans to screen people with a high risk of lung cancer have shown promise, however screening is hampered by the practical difficulty of a radiologist reviewing each image, one at a time, to decide who needs further tests.

The new study was presented by Benoît Audelan, a researcher in the Epione project team of the Inria (France’s National Institute for Research in Digital Science and Technology) centre at Université Côte d’Azur. He worked with colleagues from the Université Côte d’Azur, Therapixel (a software company specialising in artificial intelligence for medical imaging) and the University Hospital of Nice.

The researchers trained their AI program using a set of CT scans from 888 patients that had already been examined by radiologists to identify suspicious growths.

Then they tested it on different set of 1179 patients who were part of a lung screening trial with three year follow-up, using CT scans that were taken in the last two years of the trial. These included 177 patients who were diagnosed with lung cancer via a biopsy after their final scan in the trial.

The program identified 172 of the 177 malignant tumours in those CT scans, meaning it was 97% effective in detecting cancers. The five tumours that the program missed were near the centre of the chest, where tumours are harder to distinguish from healthy parts of the body.

Researchers also tested the program on scans taken a year before the tumours were diagnosed in the same 1179 patients and it was able to identify 152 suspicious areas that were later diagnosed as cancer.

However, researchers say the program also identifies too many suspicious areas that are not cancer (false positives) and this would need to be vastly improved before the program could be used in the clinic because investigating all these would result in unnecessary biopsies.

Audelan said: “Screening for lung cancer would mean many more CT scans being taken and we do not have enough radiologists to review them all. That’s why we need to develop computer programs that can help. Our study shows that this program can find possible signs of lung cancer up to a year earlier.

“The objective of our research is not to replace radiologists but to assist them by giving them a tool that can spot the earliest signs of lung cancer.”

The researchers plan to work on a new system that will be better able to differentiate between malignant and non-malignant tissue to help radiologists decide which patients should be investigated further.

Professor Joanna Chorostowska-Wynimko, who was not involved in the research, is the European Respiratory Society Secretary General and a Consultant in Respiratory Medicine at the National Institute of Tuberculosis and Lung Diseases in Warsaw, Poland. She said: “Diagnosing lung cancer earlier is vital to improving survival rates and screening would be an important step towards that aim. Research shows that screening with CT scans could reduce lung cancer deaths.

“This work is promising because it shows that AI could help us to review lots of scans quickly and even pick up signs of cancer at an earlier stage. However, before this program can be used, researchers will need to make it better at distinguishing between lung tissue that is abnormal but benign and tissue that is probably cancer.”

[1] Abstract no: OA4317 “Validation of lung nodule detection a year before diagnosis in NLST dataset based on a deep learning system”, by Benoît Audelan et al; Presented in session, “New clinical and biological developments in lung cancer” at 11:15-12:45 CEST on Wednesday 8 September 2021. [https://k4.ersnet.org/prod/v2/Front/Program/Session?e=262&session=13699]