World No Tobacco Day (WNTD), which is organised by the World Health Organization and takes place annually on 31 May, is fast approaching.

This year’s campaign puts the spotlight on tobacco and lung health, and aims to increase public awareness of the negative impact that tobacco has on people’s lung health, and highlight the fundamental role the lungs play in the health and well-being of all people.

To mark the day, we are planning a number of activities and we would love for you to get involved:

ERS and the European Lung Foundation (ELF) hosted a live Twitter chat to talk about how governments, organisations and individuals can help people to stop smoking on Tuesday 28 May. Members of the ERS Tobacco Control Committee took part and were joined by the chair of ELF, Isabel Saraiva, who provided the important patient perspective. Catch up on the #NoTobaccoChat and view the highlights.
Follow us on Twitter: @ERStalk

WHO World No Tobacco Day Awards

ERS, the European Network for Smoking and Tobacco Prevention and the Smoke Free Partnership invite you to the celebration of the WHO's WNTD 2019 campaign, a high level event and award ceremony organised with the support of the WHO Regional Office for Europe. The session is also supported by the European Cancer Leagues and the European Cancer Patient Coalition, and will take place on 11 June, 2019 from 15:00-18:00 CEST.

Discussions will focus on this year’s WNTD theme, Tobacco and Lung Health, aimed at raising awareness of the debilitating and deadly respiratory diseases caused by tobacco use. The event will bring the tobacco control and public health community together in a strong call for a renewed commitment from the European Union to step up its efforts to eliminate the tobacco epidemic, while honouring the efforts of the recipients of the 2019 WHO WNTD Award in Europe.

Register to attend before 17:00 CEST on 3 June. The event organisers will be in touch to confirm the status of your registration by 4 June, 2019.

Tobacco smoke contains more than 4,000 chemicals, many of which are toxic and can cause cancer. Download in:

Only 15% of the world’s population live in Europe, but nearly a third of the burden of tobacco-related disease occurs in Europe. Download in:

Nicotine addiction is very powerful and only 5–10% of ‘quit attempts’ are successful. Download in:

With thanks to the Tunisian Society of Respiratory Diseases and Allergies (STMRA) for translation.

ELF resources to share with patients and the public 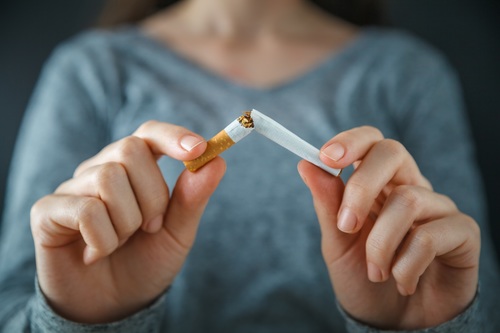