On 5 June, 2019, the global public health community will come together to recognise World Environment Day, organised annually by the United Nations. This year the campaign centres on air pollution, with a clear focus on how it harms the health of the public and patients and what each of us can do to Beat Air Pollution.

Breathing is the most basic human function required to sustain life, and more air enters the body and the bloodstream than any other substance.

Unfortunately, humans are exposed to a variety of polluting substances due to industrial, heating and traffic emissions. These substances, including particulate matter, nitrogen dioxide and ozone among other gases, remain in the atmosphere as dirty air.

Air pollution is known to trigger heart attacks in people with cardiovascular diseases and to exacerbate symptoms for people who already suffer with lung conditions, such as asthma and COPD. Pollution has also been shown to decrease life expectancy due to earlier death from cardiovascular and respiratory diseases and lung cancer, among many other serious health effects.

The European Respiratory Society (ERS), led by the ERS Environment and Health Committee, believes that access to clean air is a fundamental need and right for all citizens in the European Union. To achieve this, we recommend:

ERS members are encouraged to use your voice to become a two-minute advocate in support of the intensification air quality legislation, in order to protect human health and achieve co-benefits of tackling climate change.

European Lung Foundation resources for patients and the public 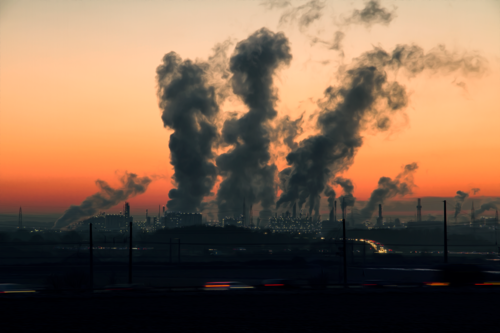