PCOS affects how a woman's ovaries work because of a hormone imbalance. It can cause irregular periods, infertility and variety of other symptoms. PCOS is believed to affect almost one in six women and often runs in families.

The new study suggests that PCOS may also be responsible for lower lung capacity in some women, which may lead to shortness of breath.

The research was presented by Dr Diana van der Plaat, a RESPIRE 3 fellow based at the National Heart and Lung Institute, Imperial College London, UK. She said: "We tend to think of lung diseases, like chronic obstructive pulmonary disease, as being more common in men and in smokers. But a striking proportion of COPD patients have never smoked. In recent years, there has been an increase in lung disease and deaths from lung disease in women, and we want to understand why.

"This work is part of a big study looking at hormonal factors and lung health in women. PCOS is very common so it's important to find out whether this condition is associated with poor lung health."

In each woman, lung function was tested with a spirometer. This is a device that measures the amount of air a person can breathe out in one second and the total amount of air exhaled in one forced breath. Researchers used genetic variants associated with PCOS to investigate whether PCOS can cause poor respiratory health based on these lung function tests.

The results suggest that women with PCOS were around 10% more likely to have lower lung function, compared to other women. People with low lung function are more likely to suffer with conditions such as cardiovascular disease and they have higher overall mortality rates, even if they are not diagnosed with any chronic respiratory conditions.

Dr van der Plaat explained: "We use genetic variants as a proxy for PCOS because these genetic variants are there from the moment a person is conceived, and they do not change over the life course. This means that we can investigate the causal relationship between PCOS and lung function and show that the trend we see in women's breathing is likely to be caused by PCOS, rather than the other way around.

"We found that women with PCOS have a small increased risk of having impaired lung function. Poor lung function can cause difficulty in breathing and inadequate exchange of oxygen to the blood or carbon dioxide from the blood.

"This research highlights the fact that PCOS can affect different parts of a woman's body, not only her reproductive organs. We need to do more research to understand why women with PCOS also have poorer lung health."

The researchers say their work does not explain why PCOS and lung function might be linked but the connection may relate to insulin levels and diabetes. Women with PCOS are known to face a higher risk of diabetes and this in turn has been linked with lower lung function.

Dr van der Plaat and her colleagues will continue to study women in the UK Biobank project, and they plan to use the same method to investigate the effect of several different hormones on lung function.

Professor Daiana Stolz, from University Hospital Basel, Switzerland, is Chair of the European Respiratory Society Education Council and was not involved in the study. She said: "Lung function is a major factor in health and mortality, and we need to understand why some people have lower lung function as it may lead to chronic lung disease in later life.

"PCOS is a common condition, so it's important to know if it is linked to lung health. Doctors need to be aware that women with PCOS may be at a higher risk of having poor lung function, which might require follow-up and treatment."

The study was part of the Ageing for Lungs in European Cohorts (ALEC) study (www.alecstudy.org). The ALEC Study is funded by the European Union's Horizon 2020 Research and Innovation programme. 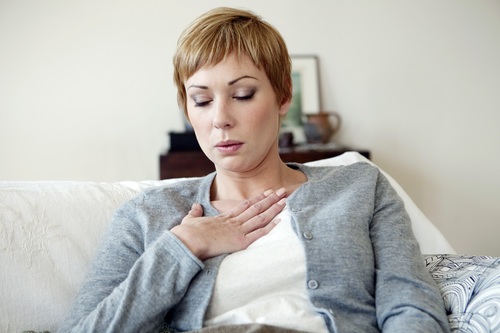