A trial involving patients at high-risk for lung cancer has shown that among those who underwent low dose CT (computed tomography) screening, lung cancer mortality rates were lower compared with persons who did not undergo screening.

The findings are taken from the randomised Dutch-Belgian NELSON trial that was published recently in the New England Journal of Medicine. The trial included a primary analysis of 13,195 men and a sub-group analysis of 2,594 women between the ages of 50 and 74. All were current or former smokers; just under half (44.9%) of the men in the study were former smokers.

The primary analysis of male participants showed that after 10 years of follow-up, the cumulative rate ratio for death from lung cancer was 0.76 in the screening group as compared with the control group. This means that lung cancer deaths were 24% lower in men who underwent CT screening compared with those who were not screened.

Other key findings from the primary analysis include:

The trial showed there were increased diagnoses of lower stage lung cancers among the men who underwent regular screening and higher eligibility for curative treatment, potentially due to earlier diagnosis.

Further, the results of the sub-group analyses among female participants at 10 years follow-up showed that the cumulative rate ratio for death from lung cancer was 0.67 among those screened; this means there was a 33% reduction in lung cancer deaths among those who underwent CT screening. The authors note that more research is required in women and other groups.

The researchers say the results highlight the potential for lung cancer screening programmes to reduce deaths due to lung cancer, and to reduce the medical costs associated with treating cancer at a later stage.

ERS welcome the results of the NELSON trial and continue to advocate for the implementation of lung cancer screening across EU Member States. 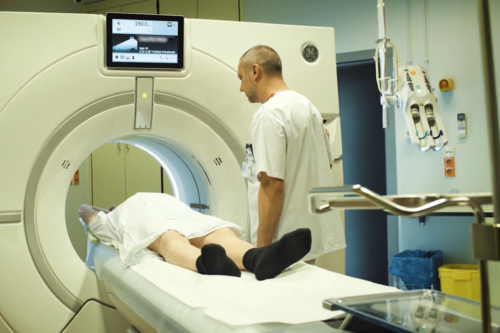