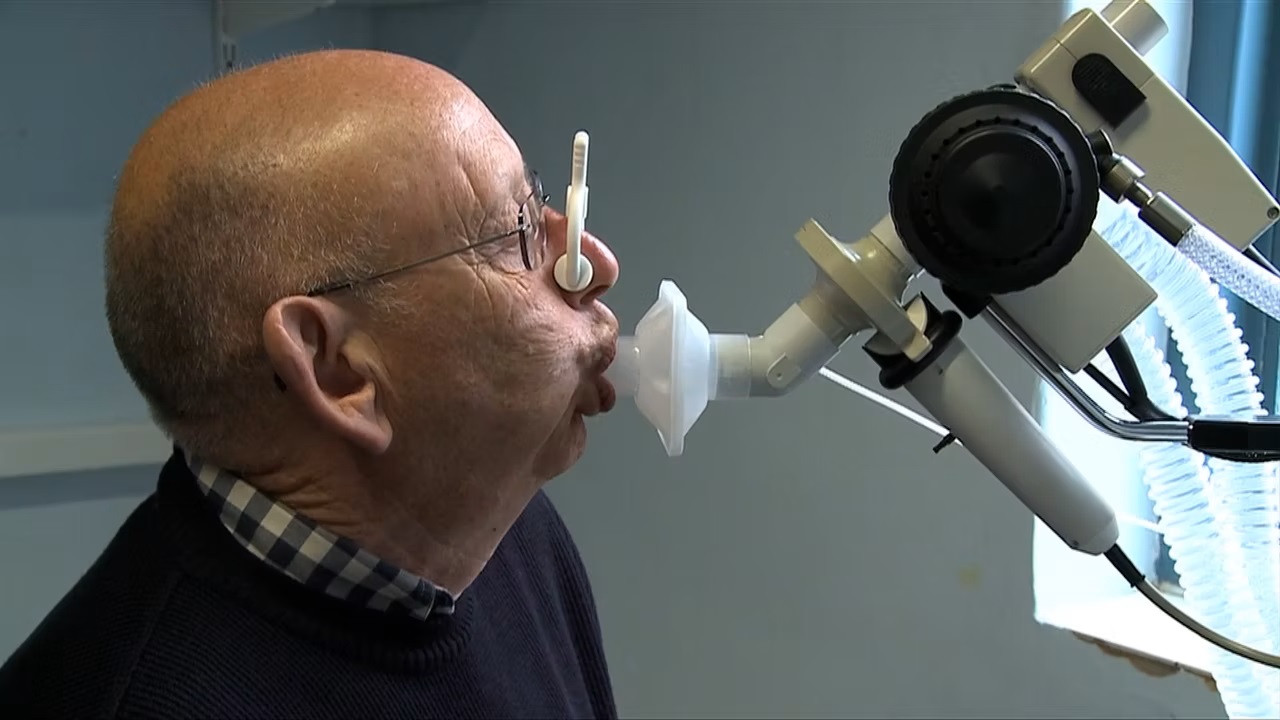 Early changes in the small airways are part of the pathophysiology of COPD that precede the accepted spirometric criteria for diagnosis of FEV1/FVC < 0.7. Some current and former smokers have low DLCO, emphysema changes and respiratory symptoms despite the preserved ratio. Forced expiratory volume in 3 seconds (FEV3) includes a greater fraction of forced exhalation and may better reflect small airway disease. Previous work suggest the utility of FEV3/FEV6 less than the lower limit of normal (LLN) in individuals with normal FEV1/FVC has been associated with early markers of disease and symptomatology. FEV6 is more easily repeatable than FVC.

This study tested the hypothesis that FEV3/FEV6 less than LLN in ever-smokers with normal FEV1/FVC would be associated with increased measures of disease severity and increased likelihood of future COPD development and respiratory exacerbations using the SPIROMICS cohort.

SPIROMICS is a multicentre observational study that enrolled current and former smokers (≥ 20 pack years) aged 40-80 years with and without COPD. The current study focused on current or former smokers without a diagnosis of COPD at baseline with available FEV3 and FEV6 measurements (N=832). Pre-bronchodilator FEV3/FEV6 less than LLN (based on established National Health and Nutrition Examination Survey data parameters) were included. Participants in the cohort reported demographic data at enrolment and had up to 3 subsequent annual in-person follow-up visits with additional quarterly surveys. MRC, CAT and SGRQ recorded respiratory symptoms. High resolution CT chest scans were done at enrolment and 1 year follow up. Acute respiratory exacerbation data were elicited through quarterly telephone calls and yearly follow up visits.

In the cohort of current or former smokers without COPD, pre-bronchodilator FEV3/FEV6 was abnormal in 17.2% at baseline. Median follow up time was 48 months for participants in the normal FEV3/FEV6 group and 50.4 months in the reduced group. The low FEV3/FEV6 group had a higher prevalence of chronic bronchitis, a larger proportion of current smokers compared with those with normal FEV3/FEV6 and a higher proportion with reported inhaled corticosteroid or bronchodilator use at baseline and higher SGRQ scores.

The findings of this work show that a reduced FEV3/FEV6 in current and former smokers without COPD identifies individuals who are at risk of experiencing respiratory exacerbations and developing COPD. Longer term follow up would have strengthened the study but the findings are supported by previous findings in the COPDGene cohort. Pathologic changes in small airways are known to occur early in COPD and having a spirometric marker identify patients in early stages would have benefit in terms of risk factor reduction (mainly smoking cessation) and also as a biomarker in studies for potential future therapies.