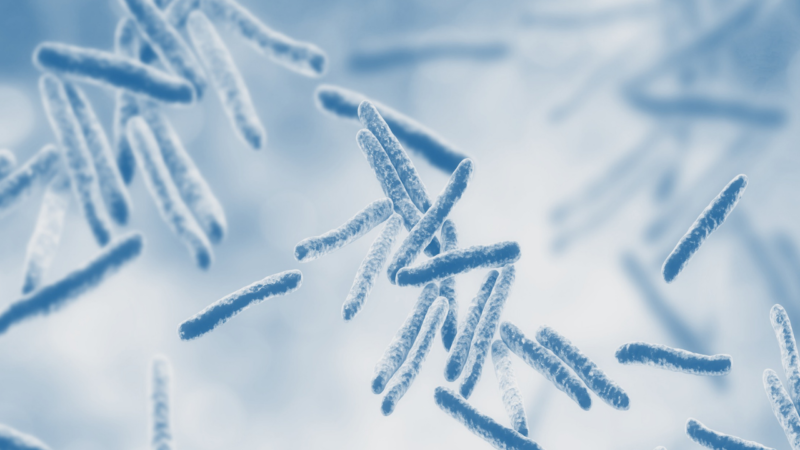 Adult patients with confirmed MAC lung disease which was amikacin susceptible and identified in sputum within the last 6 months despite treatment with GBT for >= 6 months. Patients were randomised 2:1 to receive either ALIS+GBT or continue GBT alone. ALIS had been developed for nebulised administration to limit systemic amikacin exposure while increasing uptake into alveolar macrophages at the site of infection. Patients who did not achieve culture conversion by month 6 exited this study and converters continued the assigned treatment for 12 months, and were followed for 12 months off treatment.

Culture conversion was defined as having 3 consecutive monthly negative sputum samples for MAC. Tandem-repeat genotyping was used to figure out if infection was relapse or reinfection. It is mentioned that polyclonal infection or reinfection from the same source as original infection could cross the lines of these definitions. Monitoring for adverse events included audiology testing.

This study predated the COVID era with enrolment 2015-2017, at centres in North America, Europe, Australasia and Asia with 336 patients randomised (224 to receive ALIS+GBT and 112 GBT alone). The 75 patients who achieved culture conversion by month 6 (ALIS+GBT 65 patients (29%) and 10 patients (8.9%) in the GBT alone) were followed. At baseline the median duration of NTM lung disease was 4 years in the converter group. 16.1% of patients (36/224) in the ALIS+GBT and no patients (0/112) in the GBT alone arm achieved culture conversion that was both sustained at 12 months after conversion treatment and durable 3 months after all MAC treatment. Most patients, i.e. 63.1% in the ALIS+GBT arm, who achieved conversion showed a sustained response at the completion of 12 months post-conversion compared with 30% (3/10) in GBT alone. In the ALIS+GBT group 80% were negative culture at end of treatment but 7.7% were positive, defined as relapse and 4.6% defined as reinfection. In GBT alone, 30% showed sputum negative (3/10). Within the small numbers in this group, there was 1 reinfection, 3 relapses and some missing data. The study drug was generally well tolerated but tinnitus and dizziness occurred in less than 10%. Two patients had adverse effects leading to withdrawal (laryngitis and worsening tinnitus).

This represents a new option for treatment refractory NTB patients and has now been included in current treatment guidelines. This adds to the data of CONVERT by showing that ALIS+GBT has benefits over GBT in terms for durability and sustainability.