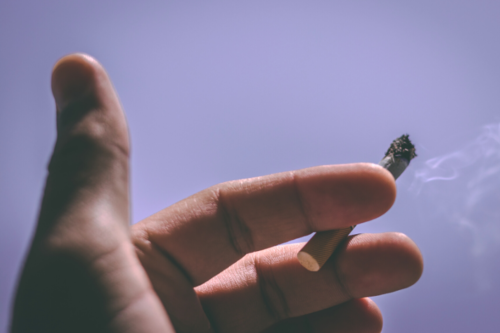 Researchers say their study suggests that cutting down, or combining fewer cigarettes with vaping, is no substitute for quitting.

The research was by Dr Pallavi Balte and Dr Elizabeth Oelsner at Columbia University Medical Center, New York, USA. Dr Balte told the virtual conference: “Everyone knows that smoking is bad for you, but it’s easy to assume that if you only smoke a little, the risks won’t be too high.

“Previous research suggests that people are cutting down on smoking, for example in the USA the proportion of smokers smoking less than ten cigarettes per day has increased from 16% to 27%. So, we wanted to study the risks to social smokers compared to people who don’t smoke and compared to heavier smokers.”

The study included 18,730 people selected from a multi-ethnic sample of the general US population with an average age of 61. Researchers followed the people for an average of 17 years, during which time 649 died of respiratory disease and 560 died of lung cancer.

The researchers calculated the death rates from respiratory disease and lung cancer and compared these rates between non-smokers, social smokers and heavy smokers. They took account of other factors that can influence death rates, such as age, sex, race, educational attainment, and body weight.

Dr Balte added: “You might think that if you only smoke a few cigarettes a day you are avoiding most of the risk. But our findings suggesting that social smoking is disproportionately harmful.

“Smoking is dangerous, regardless of whether you are a heavy smoker or a social smoker, so if you don’t want to die of lung cancer or respiratory disease, the best action is to quit completely.”

Jørgen Vestbo, who was not involved in the research, is Chair of the European Respiratory Advocacy Council and Professor of Respiratory Medicine at the University of Manchester, UK. He said: “Although the proportion of people who smoke habitually is falling in many countries, we should still be concerned about those who identify as social smokers. Cutting down on smoking is a step in the right direction, as quitting tobacco is one of the best ways to protect the lungs and our overall health, but it’s clear that there is no safe level of smoking.

“This large study is important because it shows that smoking less will probably not have the effect that people are hoping for. We need to do all we can to support smokers to quit completely using evidence-based means, for example with access to support services, and nicotine patches or gum.”