Home News Smoking cessation in Argentina: our position on e-cigarettes

Home News Smoking cessation in Argentina: our position on e-cigarettes

Smoking cessation in Argentina: our position on e-cigarettes 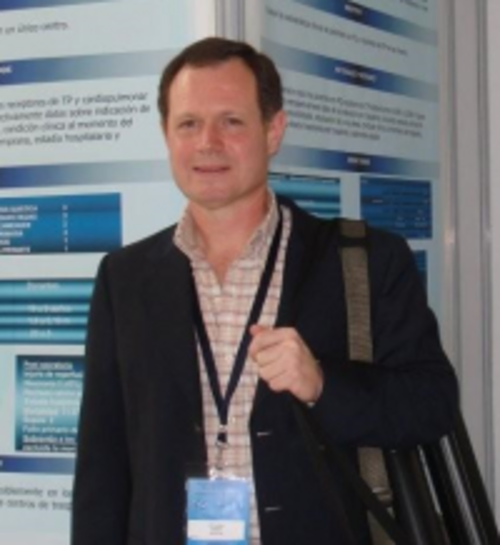 By Dr Juan Manuel Ossés, President of the Argentinean Association of Respiratory Medicine

Smoking is a risk factor for six out of eight leading causes of death, so nearly six million premature deaths occur annually worldwide. In recent decades, the shift of the epidemic to less developed countries and to those with weak tobacco products regulations has consolidated this tendency.

Argentinean mortality rates from this cause amounts to more than 40,000 people each year, moreover, the loss of 824,804 years of healthy life. The above mentioned is reflected in higher health costs (about 15% of health spending on health), higher than the revenues from tobacco taxes.

The cigarette-smoking drop in a population between 18 and 65 years old has been steady (44% in 1999, 33.4% in 2005 and 30.1% in 2009) in the last years. However, the daily cigarette consumption per inhabitant in Ciudad Autónoma de Buenos Aires is higher than in other Latin American capital cities.

Smoking cessation treatments have had a constant development in our country, especially in recent years, although its publicity is low, perhaps due to its recent or partial inclusion in the curricula of postgraduate courses.

Since electronic cigarette introduction in 2004, its popularity has increased worldwide; it is used for smoking cessation and in public areas where there is a smoking ban.

There are no long-term studies that show if e-cigarette use might affect health, whether in the short term or in the long run, but it is known that the youth may develop a nicotine addiction through the use of e-cigarettes.

The World Health Organization has expressed that e-cigarettes should not be recommend as tobacco substitutes until new information about its safety and efficacy appears.

The Argentinean National Administration of Drugs, Food and Medical Technology (A.N.M.A.T.) has not approved the importation, distribution, marketing and advertising of any form of electronic cigarette (Act 3226/2011), so these devices are not legally available in Argentina, though illegally introduced and sold without any sanitary control.

The regulation of the National Tobacco Control, Act 26687, sanctioned in 2011, bans the use of electronic cigarettes indoors as well as their promotion, advertising and sponsorship.Therefore, the Argentinean Association of Respiratory Medicine, in agreement with the above, does not recommend the use of electronic cigarettes until more evidence about its safety and efficacy exists, and calls on health professionals in general and in particularly those working in smoking cessation to refrain from prescribe them for that purpose.