Physical activity during pregnancy is linked to lung function in offspring 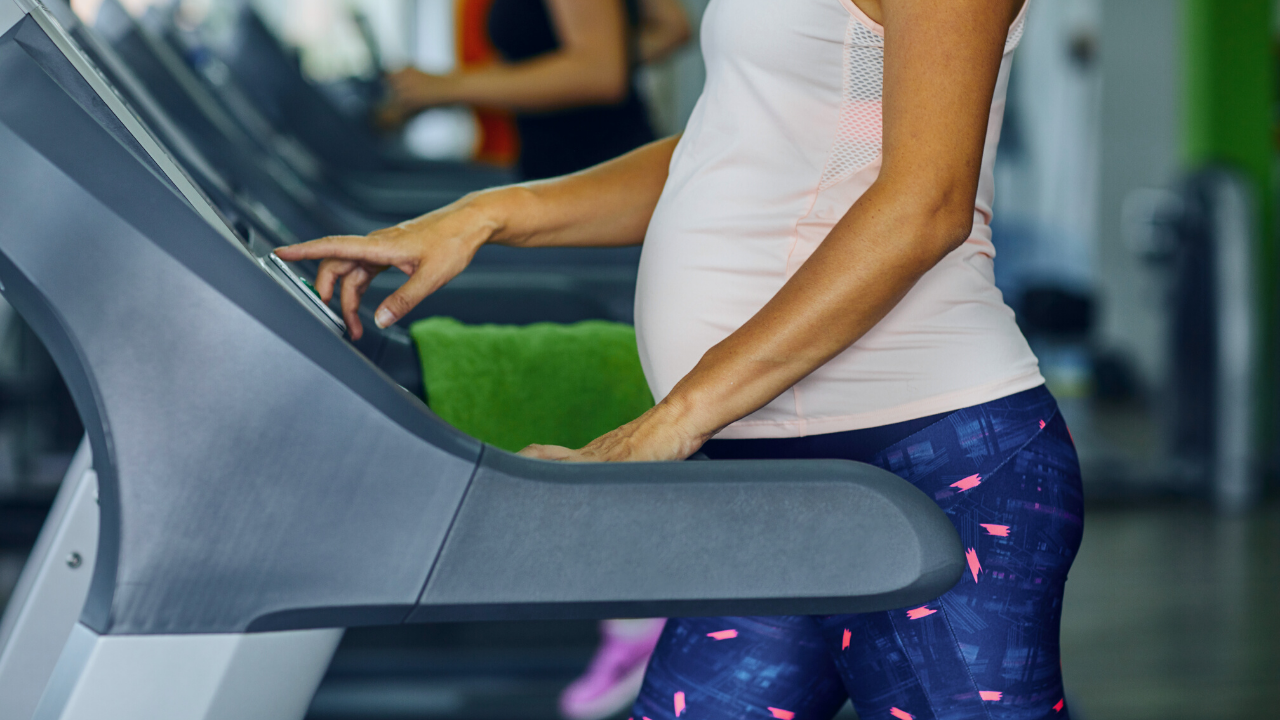 Researchers have found further evidence that exercise during pregnancy is good not only for mothers but also for their offspring.

In research presented at the ERS International Congress [1] today (5 September, 2021), Dr Hrefna Katrin Gudmundsdottir said that a study of 814 babies had, for the first time, shown a link between lower lung function in babies born to physically inactive mothers compared to those born to active mothers.

Dr Gudmundsdottir, a paediatrician and PhD student at the University of Oslo, Norway, said: “Previous studies have shown that individuals with low lung function in infancy have higher risk of asthma, other obstructive lung diseases, and lower lung function later in life. Therefore, exploring factors that can be associated with lung function in infants is important. If being physically active during pregnancy could reduce the risk of impaired infant lung function, it would be a simple, low-cost way to improve the respiratory health of offspring.

“We observed a trend that adds to the importance of advising women of child-bearing age and pregnant women about physical activity. However, there may be factors that affect both maternal physical activity and lung function in offspring that we have not accounted for and could affect the results and so more research is needed,” said Dr Gudmundsdottir.

Researchers assessed data from 814 healthy babies born to women in Oslo and Stockholm who were part of a larger group enrolled in the Preventing Atopic Dermatitis and ALLergies in Children (PreventADALL) study between December 2014 and October 2016, conducted at Oslo University Hospital and Østfold Hospital Trust, Norway, and at the Karolinska University Hospital, Stockholm, Sweden.

The researchers asked the women to complete questionnaires at around 18 and 34 weeks of pregnancy about their health, lifestyle, socioeconomic factors and nutrition. The women reported how often they exercised, for how long and at what intensity at 18 weeks and then were classified as inactive, fairly active or very active.

Lung function measurements were performed when the babies were about three months old, and was assessed by measuring normal breathing in calm, awake infants. This was done by holding a face mask over the baby’s nose and mouth, recording the flow and volume of air breathed in and out. The mask was attached to measuring equipment and as many breaths as possible were recorded.

The most important measurement for this study was the ratio between the time to Peak Tidal Expiratory Flow and Expiratory time (tPTEF/tE). A low tPTEF/tE represents a limitation in the flow of exhaled breath. The average tPTEF/tE measurement for all 814 infants was 0.391; the 290 babies of inactive mothers had the lowest average (0.387) and the 299 babies of very active mothers the highest (0.394), which is not a statistically significant difference. The researchers took account of the mother’s age, education, pre-pregnancy body mass index, nicotine use during pregnancy and if she had given birth previously, as well as asthma and other allergy-related illnesses in either parent in their analyses.

“Although there is no clear definition for ‘low’ lung function, studies, including from our own group, have found that infants with a tPTEF/tE measurement of less than 0.20 shortly after birth were more likely to have a history of asthma by the age of 10 years. Also, children with lung function in the bottom 50% of the group were both more likely to have current asthma at 10 years and to have a history of asthma,” said Dr Gudmundsdottir.

The researchers will be following the babies as they grow to see how lung function progresses and how it relates to development of respiratory diseases, such as asthma.

“We also hope to explore associations between maternal physical activity and asthma, allergies and other non-communicable diseases in the future,” she concluded.

Jonathan Grigg, who was not involved in the research, is Professor of Paediatric Respiratory and Environmental Medicine at Queen Mary University of London, UK and Chair of the European Respiratory Society Tobacco Control Committee. He said: “There is much that we know already about the importance for expectant mothers of staying physically fit and active, but far less is known about the impact of this on their babies. This study offers a fascinating hint that increased physical activity of mothers is associated with better lung function in their babies and, therefore, possibly their health in later life. More research is needed to confirm this link, but it is important that women feel supported by their healthcare providers to be active in a way that is comfortable and accessible to them.

“It’s also worth keeping in mind that the single most important thing that mothers can do for their own health and that of their baby is to ensure that they do not smoke or use other tobacco products before, during and after pregnancy. A smoke-free home has the biggest impact on lung function and health in childhood and later life.”