Inhaled workplace exposures continue to damage the lungs of children and adults worldwide. The ERS Occupational and Environmental Health Group (group 6.02) organised its first symposium on ´Occupational Lung Disease Worldwide´ at the ERS International Congress in 2016 in order to bring attention to these crucially important preventable diseases.

What shocked us were the pictures and videos of the unfortunate workers in certain developing countries who work in indescribable conditions, yet are deprived of the minimum possible health benefits to protect their own lives. “I feel an intense pain showing these pictures to the world”, said one of the speakers at the symposium. Those ill-fated workers, who earn more than 70% of the gross domestic product (GDP) of their developing countries, live within the most underprivileged communities of these countries.

But what makes them underprivileged? The answer lies beneath the system of organisation and its structure. Industrially developed countries, unlike most developing countries, have workers who are protected by a safety net, consisting of several reasonably effective protective systems, like Workers’ Compensation and Social Security (or similar). One of the reasons for this disparity was that while the industrial revolution and marches for workers´ security were happening in the western part of the globe, most of the developing countries were toiling under or barely gaining their independence from differing colonial powers. More than 200 years of independence wars were followed, almost without exception, by neo-colonial economic relations that continued to favour the role of the former colonies as escape valves from regulatory environments in the former colonial powers.

Secondly, in the post-independent phase, the major responsibility of the governments was to tackle major public health issues like poverty, sanitation and malnutrition. Occupational health concerns arrived late to the list of priorities.

Thirdly, the rise of a new type of industry; these industries are mainly private enterprises, mostly sole-proprietorship ventures, and employ small numbers of workers. Even when corporate laws were introduced and adopted by larger-scale enterprises, smaller enterprises did not follow suit. The major reasons for this failure were financial difficulties of the smaller enterprises and easily "replaceable" workforces. Most importantly, the literacy and awareness of the workers contributed; most of them came from socially underprivileged families where education was a luxury and they merely worked to make both ends meet.

Also, who is responsible for educating workers, making them aware of workplace hazards and their risks, and providing them adequate protection? There are many waiting in the queue to fill the gap should these workers need to be replaced. This is the greatest of all the hazards, and means they do not speak about their health conditions for fear of losing their jobs, even if they know their workplace conditions may lead to chronic ill health diagnosed at a late stage.

The smaller enterprises, the so-called ´informal labour sectors´ thus employed the most vulnerable workforce in the world because of their relatively unregulated and unmonitored use of hazardous materials, lack of any health surveillance systems and also the failure to apply preventative systems.

Another problem was the tendency amongst some industries to export their hazardous processes to countries where they could easily bypass good quality industrial regulations; the poor people of these nations suffered for their ´double-standards´. Need an example? Consider the ´Bhopal gas tragedy´ in India and the collapse of ´Rana Plaza´ in Bangladesh; taking away lives of several thousand peoples and leaving a scar on a million more.

What is even more upsetting is that certain workplace exposures, known for a long time to cause diseases, are still responsible today for harming workers. Good examples include the outbreaks of silicosis cases in denim sand-blasting workers, initially seen in Turkey but then moving to other countries where denim sandblasting was relocated (including China, Bangladesh, Pakistan) and the exposure to liquid petroleum gases in Indian gas refill vendors, which led to airway problems. Again, it is important to note that in some countries (including Russia, China, Brazil and Kazakhstan) asbestos is still mined and used.

Unfortunately, public or occupational health research is not given sufficient priorities in these countries, making the visibility of cases and their investigation much more difficult. This is presumably why there has been a lack of consistency in monitoring these specific health outcomes over a longer period of time. Any workers who do develop illness are also likely to drop out of the workforce, making good quality epidemiological studies very challenging to carry out.

The ERS Occupational and Environmental Health Group (group 6.02) has been consistently working to make the undermined health issues of developing nations more visible. In the last few years, we have made a great progress in bringing these health concerns to the front. This has been achieved by collaboration with clinicians and researchers from developing countries, supporting research and surveillance through mentorship to the young investigators of those countries and creating scope for future research. We encourage clinicians, scientists and especially young investigators to present their work and experience in scientific conferences like the ERS International Congress and in meetings of the European Lung Foundation etc. to give visibility to the health concerns of developing countries. We also plan to organise interactive training programmes for trainees who are working in the field of occupational and environmental lung diseases in those countries. We also encourage trainees and early career scientists to apply for ERS fellowships and training programs to gain more knowledge and expertise in their field. 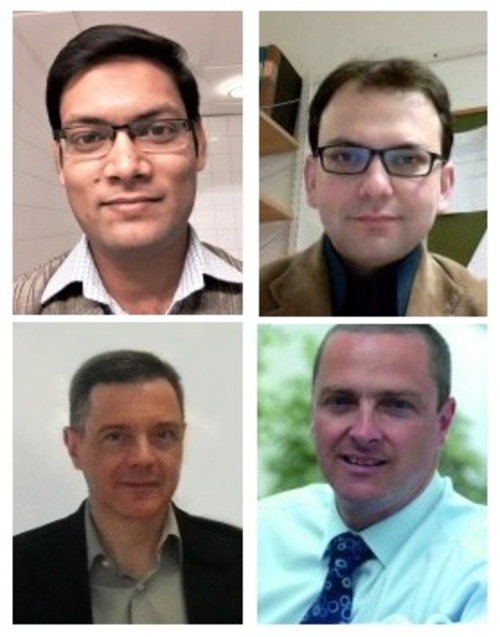