A higher proportion of patients diagnosed with hypersensitivity pneumonitis (HP) live in cities with higher levels of air pollutants, according to new research published in the European Respiratory Journal.

The study used prospective data from patients diagnosed with HP taken from the India Interstitial Lung Diseases (ILD) registry, to assess whether there is an association between the proportions of HP cases in various Indian cities, and the levels of ambient fine particulate matter (PM2.5).

Lead researcher Professor Ganesh Raghu, MD, explains the rationale behind the research: “We discovered that the majority of patients with HP in India were living in urban cities, prompting an investigation into the link between ambient air pollution in urban India and the high incidence of HP.”

This study raises concerns for people living in polluted urban areas, who are also exposed to other environmental factors such as birds, mould, and manifesting respiratory problems.

Barbara Hoffman, Professor of Environmental Epidemiology and member of the FIRS Environmental Committee, was not involved in the research. She said: “This study points to an area of research which has received comparatively little attention in air pollution epidemiology so far: That exposure to air pollution may not only influence the innate immune system and downstream disease, but also the adaptive immune system. While some mechanisms have been studied in animal experiments, there is still a lack of targeted studies in humans.” 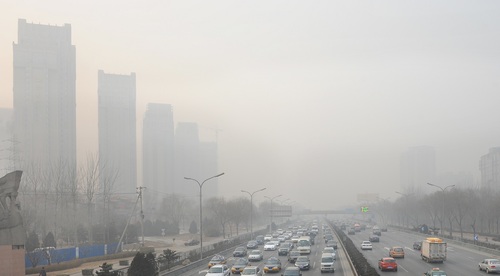