Regional and national organisations met this week to discuss the next steps in the battle to tackle noncommunicable diseases (NCDs).

The meeting, held on 12 and 13 December, aimed to bring together key stakeholders in the fight against NCDs to share experiences, challenges, and good practices and look at ways to collaborate more effectively.

Over the last 6 years, NCDs have been recognised as an urgent global problem. There have been a series of landmark political commitments to tackling the problem, including from the United Nations (UN) and the World Health Organization (WHO). Responsibility has now been handed over to the national and regional level.

ERS is a founding member of the European Chronic Disease Alliance (ECDA), which works to reverse the rise in chronic disease. Hosted by the ECDA and the NCD Alliance, with the support of the WHO Regional Office for Europe, the goal of the meeting was to support implementation of the 2016-2025 WHO European Action Plan for the Prevention and Control of NCDs. 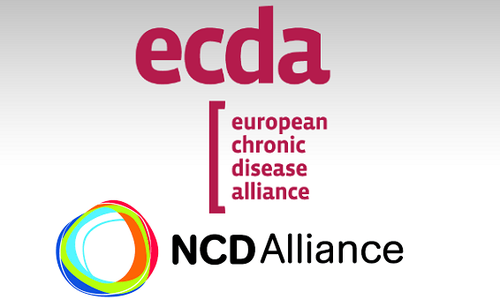