ERS General Assembly 2019: Join us and have your say on your society

The ERS leadership has announced that the 2019 ERS General Assembly meeting will take place on Tuesday, 1st October during the ERS international Congress in Madrid.

All ERS members are invited and encouraged to attend so that they can hear more about ERS developments over the last 12 months, as well as take the opportunity to voice any queries, concerns and ideas moving forward.

Following on from last year, all members of the senior leadership of the Society will be elected by the General Assembly. The ERS leadership elections are currently open and will close on 13 September, 2019. The results will be announced for the first time during the meeting and attendees will be the first to know who is appointed as the next ERS Vice President, Advocacy Council Chair Elect, Education Council Chair Elect, Publications Committee Chair Elect and Internal Auditors. 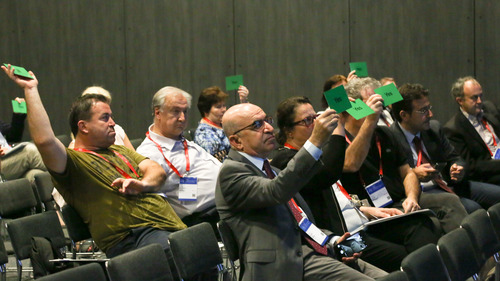