Ahead of World No Tobacco Day (31 May 2020) the European Respiratory Society’s (ERS) Tobacco Control Committee has issued an editorial attacking the tobacco industry’s tactics for marketing addictive nicotine products to children and young people.

The editorial is published today (28 May 2020) in the European Respiratory Journal and supports the World Health Organization’s 2020 theme for World No Tobacco Day, ‘Protecting youth from industry manipulation and preventing them from tobacco and nicotine use’. It gathers evidence from scientific research as well as the tobacco industry’s own documents to highlight the harms caused by nicotine to health, and it exposes how the industry gets around advertising bans to target young people.

Editorial co-author, Jørgen Vestbo, is head of the European Respiratory Society’s Advocacy Council and Professor of Respiratory Medicine at the University of Manchester, UK. He said: “The tobacco industry has a long and established history of targeting young people when marketing its harmful products–we have seen it all before with combustible cigarettes. Due to the success of tobacco control measures, which have resulted in advertising bans and restrictions on the sale of products in many countries, we are seeing ever decreasing numbers of new smokers.

“This is bad news for the tobacco industry, so it has turned its attention to marketing novel products like e-cigarettes, heated tobacco and ‘smokeless’ tobacco products to young people, to create a new generation of nicotine addicts. The public health community has a responsibility to shine a light on the under-hand tactics of the tobacco industry, to engage with young people and to protect them from the harms caused by nicotine.”

As discussed in the editorial, key strategies used by the tobacco industry to entice young people to use novel tobacco and nicotine products includes the use of:

Charlotta Pisinger, an editorial co-author, is chair of the ERS Tobacco Control Committee and Professor in Tobacco Prevention in the Department of Public Health at the University of Copenhagen, Denmark. She said: “The tobacco industry’s covert marketing tactics aim to hide the most important fact about its products: they are highly addictive and are harmful to the health of young people. Evidence shows that some e-cigarette vapour and compounds found in ‘smokeless’ tobacco products include known cancer-causing toxins, and among young people, there is evidence that nicotine exposure can harm cognitive function and brain development.

“Almost all independent research has revealed negative health effects due to novel tobacco and nicotine product use. These effects may have lasting consequences and lead to the development of chronic diseases later in life.”

The editorial strongly criticises the tobacco industry’s defence of e-cigarettes, heated tobacco and ‘smokeless’ tobacco products as being “harmless” alternatives to combustible cigarettes. The authors argue that young people are overwhelmingly non-smokers, therefore there is no reason why they should be targeted in the marketing of novel tobacco products.

There are also concerns that young people who become addicted to nicotine from using novel tobacco products are more likely to start smoking. Professor Vestbo said: “An increasing number of non-smokers use these products, and in adolescents, evidence suggests that they are a first step towards users smoking traditional cigarettes. The detrimental effects on health caused by cigarette smoking are now well known, so we cannot stand by while the tobacco industry manipulates young people to become addicted to nicotine and puts their health at risk.”

On the occasion of World No Tobacco Day, ERS reiterates the Society’s zero-tolerance position regarding the tobacco and vaping industries. ERS does not accept members who have any involvement with the tobacco or vaping industry, including by accepting funding for clinical or scientific work. This includes the Foundation for a Smoke Free World, an organisation that is funded by Philip Morris International, which is in line with the position of the WHO. 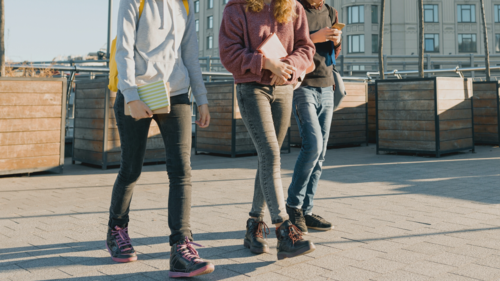 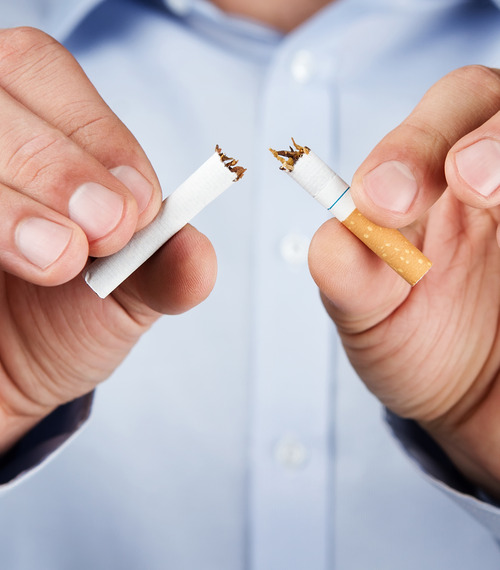 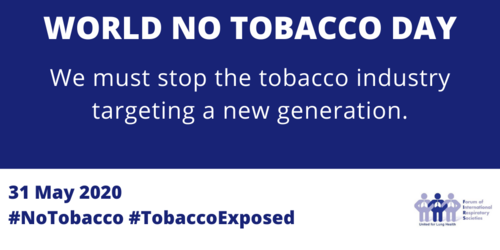