By Francisco Arancibia M.D. (President of the Chilean Respiratory Society)

Last year, we celebrated the 85th anniversary of the Chilean Respiratory Society (SER). It was founded in 1930 by 11 visionary medical doctors dedicated to respiratory diseases, mainly tuberculosis at that time. Among them, were Dr Héctor Orrego Puelma and Dr Sótero del Rio Gudian, both distinguished professors from the faculty of Medicine at the University of Chile.

In recent decades, epidemiological changes have occurred in Chile and the mortality from respiratory diseases has declined significantly. However, the current mortality and morbidity for chronic respiratory diseases associated with smoking is still very high. In fact, the smoking rates remain extremely high in our country. The last national health survey, conducted in 2010, found an estimated tobacco smoking prevalence of 40.6%, among adults older than 15 years, with almost no difference between women and men. Among the youngest group (aged 13 to 15 years), the prevalence of tobacco use was 35.1%. It was regrettable to learn from the report on the Control of Tobacco of the PAHO (2011), that Chile had the highest prevalence of adults that consumed tobacco in the region of the Americas.

Tobacco is a major common risk factor for the principal non-communicable chronic diseases and still being among the main specific causes of preventable mortality and morbidity. According to the PLATINO study, the prevalence rate of COPD among adults ≥ 40 years and older was 16·% in Santiago city. The Chilean Health Ministry data found that COPD is a growing cause of death and mortality in 2012 was 19.8 per 100,000 populations. Lung cancer mortality is also increasing every year, and in 2012 was 16.4 per 100,000 populations.

The Chilean Respiratory Society has a commitment to tobacco control. Members of our society are in charge of promoting this issue, in this way; our society, associated with the Health Ministry, was involved in the preparation, negotiation and adoption by Chile of the WHO Framework Convention on Tobacco Control. We also had an active participation in the enactment of smoke-free law. Recently, in a public statement, the European Respiratory Society (ERS), ALAT (Latin American Thoracic Society) and Chilean respiratory society, pledged their support for new Tobacco control measures (ban additives in Tobacco and adoption of plain generic packaging for tobacco products). This was adopted by the Chilean Senate.

Now, we are in the process of making the guidelines for smoking cessation. We will continue to work in order to reduce tobacco consumption among Chileans and in particular, among young people. 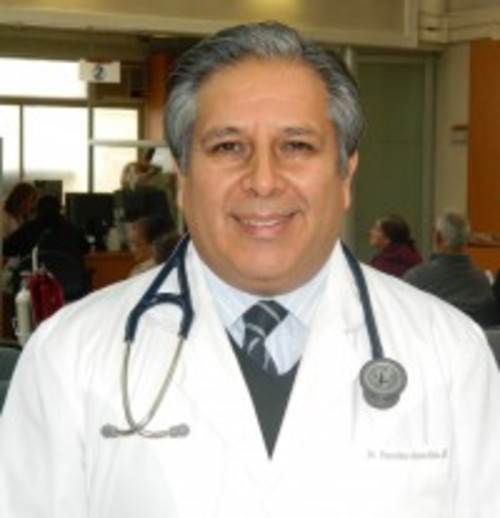