Chronic obstructive pulmonary disease (COPD) death rates fell in most countries between 1995 and 2017, but the total number of COPD deaths increased in many countries over the past 20 years, according to a new international analysis of World Health Organization (WHO) data.

The study is published today (20 November 2019) in the European Respiratory Journal to coincide with World COPD Day. The analysis includes data from countries not previously assessed for COPD mortality rate, and it suggests that measures to reduce exposure to risk factors for COPD, such as tobacco control policies and declining poverty, are having a positive effect on reducing overall COPD death rates.

Dr Joannie Lortet-Tieulent is a Research Fellow at the WHO International Agency for Research on Cancer and is lead author of the study. She said: "According to WHO data, in 2015 there were 175 million people living with COPD. The burden of COPD continues to be high, but the existing COPD mortality data were based on out-dated statistics from a select number of high-income countries in Europe, Australia, Japan and the USA.

"There is a need to publish up-to-date estimates and to include mortality data from more varied regions of the world in international comparisons, as very little is known about the rate of COPD deaths in Latin America, Oceania and parts of Europe."

To address this, the researchers extracted COPD death count data recorded between 1995 and 2017 from the WHO mortality database and assessed the death counts by age, sex and year. In total, close to 3.36 million COPD deaths were analysed.

COPD mortality data was taken from 24 countries worldwide, including six countries in Latin America and the Caribbean; two each in North America, Asia and Oceania; and twelve countries in Europe. Countries were included in the analysis if they had a population of more than two million people and if there was appropriate high-quality mortality data available for the previous ten years.

COPD death rates were calculated by assessing the number of COPD deaths per year against the population of each country in the same year. This data was standardised using a reference population to ensure the accuracy of comparisons between populations over time. Using these figures, the researchers were able to plot the COPD mortality rates over time for men and women in each country. The analysis focused only people aged 50 to 84.

Data taken from two key study periods, starting in 2000 and ending in 2015, showed that the combined death rate for all countries included in the analysis fell by 12%.

Dr Lortet-Tieulent explained: "We think the number of deaths are rising because, in all countries, life expectancy is increasing and populations are growing. Even though the COPD mortality rate may fall over time, the decline is too small to offset the fact that each year there are more people dying due to COPD as a result of ageing populations.

"The data suggests that the proportion of COPD patients who are dying early due to the disease is falling overall and that is very encouraging. It means that people may be less exposed to COPD risk factors now and that COPD is being managed more effectively."

The researchers say that reduced exposure to risk factors, such as tobacco smoking, exposure to air pollution in the home and at work, as well as declining poverty levels and improved access to healthcare in most countries may play a role in the falling COPD mortality rates.

Despite the general trend showing that COPD death rates declined overall, the analysis also showed that among women with COPD, death rates remained at the same level in North America and even increased in several European countries between 2000 and 2015.

Dr Lortet-Tieulent explained: "Our study does not explain why COPD death rates among women increased or remained stable in some countries, but we think this trend could be linked to the rise in the uptake of smoking among women over successive generations, as smoking is an important risk factor for COPD.

"In the countries where women have been smoking as much and for as long as men, such as the USA, New Zealand and the UK, the female COPD death rate became very similar to that of men over time. Raising awareness of COPD in females could enable earlier diagnosis, thereby improving management and lowering the risk of death. However, the rising death rates in women should not be overstated; in the majority of the 24 countries we assessed, COPD mortality remained twice as high in men as it was in women in their respective countries."

The research team says the data likely underestimates the true mortality burden of COPD, and they say that more high-quality data from low-income countries is needed to provide more accurate estimates of global COPD deaths.

Professor Thierry Troosters, President of the European Respiratory Society, was not involved in the study. He said: "COPD is a major health burden to individuals, societies and healthcare systems across the world. On World COPD Day, it is vitally important to highlight the scale of this burden and to raise awareness of the risk factors. This study provides encouraging data to show that, over time, the rate of early deaths caused by COPD is decreasing in many countries.

"The falling death rates suggest that COPD treatment and measures to reduce exposure to COPD risk factors are effective, as patients are living for longer with better management of the disease. We must continue to push for stronger implementation of tobacco control and clean air policies worldwide in order to improve patient outcomes and quality of life, as well as to protect the public from developing chronic lung disease. Furthermore, we should continue to increase uptake for comprehensive management of the disease, including through pharmacotherapy and pulmonary rehabilitation, as these treatments effectively reduce the burden of COPD. Early diagnosis is another point of attention, so that patients who are suffering with COPD are identified as early as possible and their disease can be managed sooner."

Isabel Saraiva, a patient advocate who has lived with COPD for 13 years and who is Chair of the European Lung Foundation was not involved in the study. Isabel said: "As a person living with COPD, I am delighted to see that across the world the rate at which patients are dying early because of COPD is falling - but we must not take this for granted. More women with COPD are dying than ever before in some European countries, and this shows why the issue of gender is important and emphasises the need to continue raising awareness of ways to prevent COPD, such as quitting smoking and breathing clean air.

"More people are likely to live for much longer with COPD as we all age, and this will be a challenge for both patients and healthcare systems. We need to continue to search for more effective treatments and ways to manage COPD. We must also reduce stigma surrounding the disease and raise awareness about risk factors other than smoking - particularly the dangers of damaging our lungs as children."

Access the research paper in the European Respiratory Journal

Get a €10 discount on the ERS Monographs Controversies in COPD and COPD and Comorbidity before 14 December.

ELF resources for patients and the public 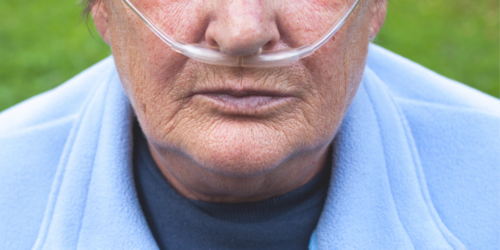 All together to end COPD 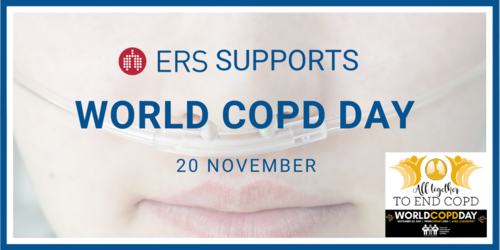