Lung cancer is the biggest cancer killer in Europe; it causes more deaths than colon, breast and prostate cancers combined. When lung cancer is detected based on symptoms, the disease is already at an advanced stage, making curative treatments impossible in up to 90% of cases.

CT (computed tomography) screening for lung cancer uses up to 90% less radiation than a conventional chest CT scan and is four times more likely to pick up an early tumour than a traditional chest X-ray. Finding tumours earlier means a curable treatment can be performed – improving outcomes for patients and reducing medical costs.

This film was produced by ERS (in 2019) to inform policymakers, patients, the general public, the scientific community and the healthcare field, and urge for EU political initiatives that introduce targeted and effective lung cancer screening programmes throughout EU Member States.

Developed by topic experts from ERS and the European Society of Radiology (ESR), this factsheet focuses on the calls by ERS & ESR for the implementation of lung cancer CT-screening programmes across the EU. The factsheet covers:

• What is a CT-scan?
• Why roll it out for high-risk populations?
• What can the European Union do?
• ERS/ESR recommendations
• Critical points: explained

The ERS and ESR position paper (published 13 February, 2020) is a contemporary, non-systematic review of the literature and common practice in lung cancer screening in Europe, which also refers to the important NELSON study results. The paper covers:

Both ERS and the ESR agree that Europe’s healthcare systems need to allow citizens to benefit from organised pathways to early diagnosis and reduced mortality of lung cancer. Access the ERS /ESR statement. 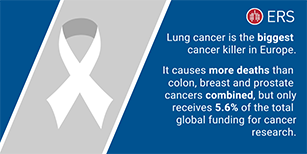 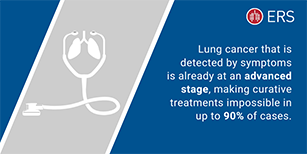 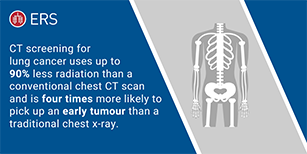 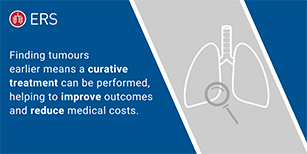 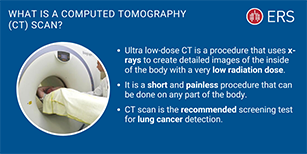 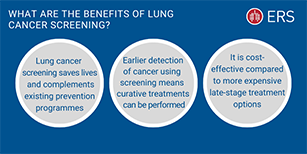 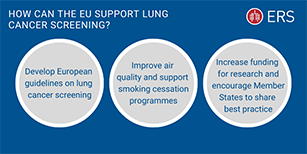 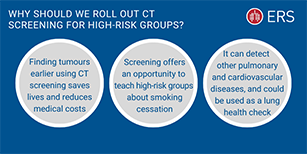 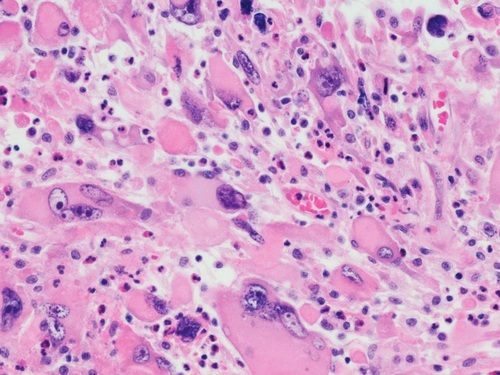